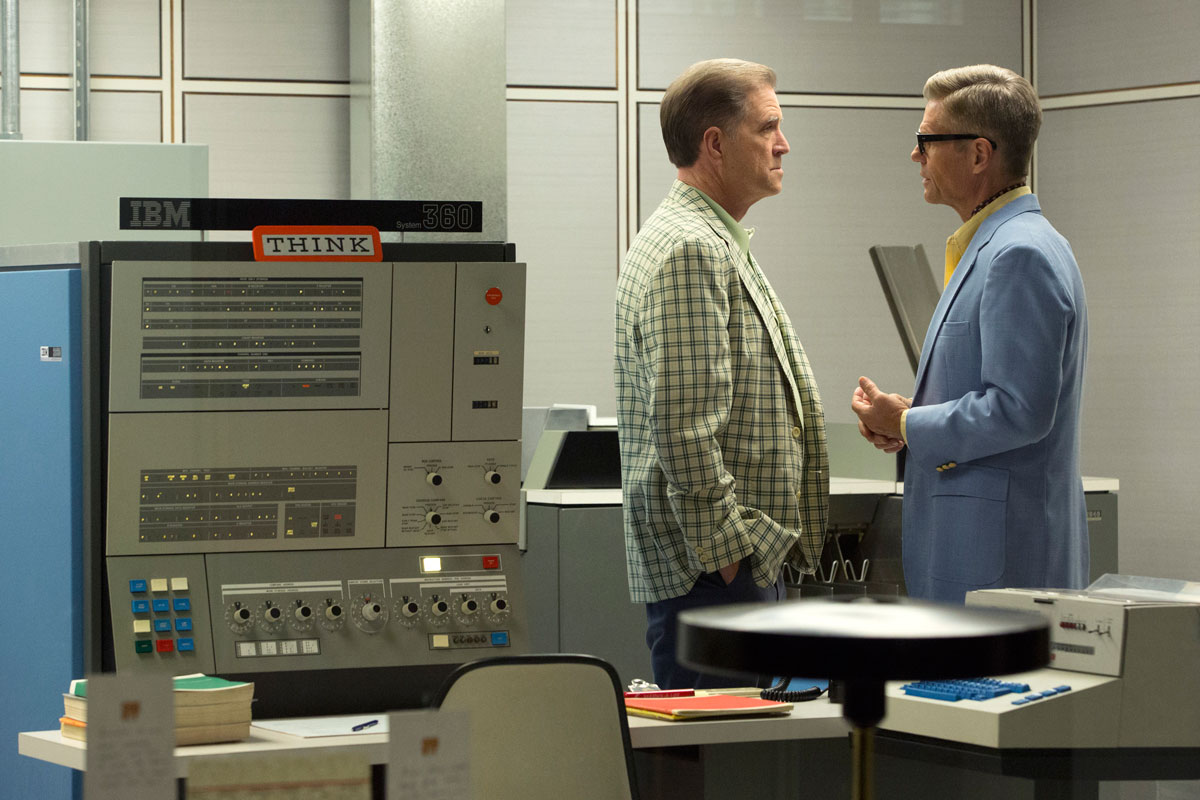 As the final season of Mad Men came to a close this weekend, one of my favorite memories from Season 7 is the appearance of the IBM 360 mainframe in the Sterling Cooper & Partners offices, much to the chagrin of the creative team (whose lounge was removed to make space for the beast), especially poor old Ginsberg, who became convinced the “monolith” was turning him gay (and took radical steps to address the issue).

My affection for the 360 is partly driven by the fact that I started my career at IBM, closer in time to Man Men Series 7 (set in 1969) than the present day (and now I feel tremendously old having just written that sentence). The other reason I feel an affinity for the Big Blue Box is because my day job consists of thinking of ways to use data to make marketing more effective, and of course that is what the computer at SC&P was for. It was brought in at the urging of the nerdish (and universally unloved) Harry Crane, to enable him to crunch the audience numbers coming from Nielsen’s TV audience measurement service to make TV media buying decisions. This was a major milestone in the evolution of data-driven marketing, because it linked advertising spend to actual advertising delivery, something that we now take for granted.

The whole point of Mad Men introducing the IBM computer into the SC&P offices was to make a point about the changing nature of advertising in the early 1970s – in particular that Don Draper and his “three martini lunch” tribe’s days were numbered. Since then, the rise of the Harry Cranes, and the use of data in marketing and advertising, has been relentless. Today, many agencies have a Chief Data Officer, an individual charged with the task of helping the agency and its clients to get the best out of data.

But what does, or should, a Chief Data Officer (or CDO) do? At an advertising & marketing agency, it involves the following areas:

Enabling clients to maximize the value they get from data. Many agency clients have significant data assets locked up inside their organization, such as sales history, product telemetry, or web data, and need help to join this data together and link it to their marketing efforts, in order to deliver more targeted messaging and drive loyalty and ROI. Additionally, the CDO should advise clients on how they can use their existing data to deliver direct value, for example by licensing it.

Advising clients on how to gather more data, safely. A good CDO offers advice to clients on strategies for collecting more useful data (e.g. through additional telemetry), or working with third-party data and data service providers, while respecting the client’s customers’ privacy needs.

Managing in-house data assets & services. Some agencies maintain their own in-house data assets and services, from proprietary datasets to analytics services. The CDO needs to manage and evolve these services to ensure they meet the needs of clients. In particular, the CDO should nurture leading-edge marketing science techniques, such as predictive modeling, to help clients become even more data-driven in their approach.

Managing data partnerships. Since data is such an important part of a modern agency’s value proposition, most agencies maintain ongoing relationships with key third-party data providers, such as BlueKai or Lotame.The CDO needs to manage these relationships so that they complement the in-house capabilities of the agency, and so the agency (and its clients) don’t end up letting valuable data “walk out of the door”.

Driving standards. As agencies increasingly look to data as a differentiating ingredient across multiple channels, using data and measurement consistently becomes ever more important. The CDO needs to drive consistent standards for campaign measurement and attribution across the agency so that as a client works with different teams, their measurement framework stays the same.

Engaging with the industry & championing privacy. Using data for marketing & advertising is not without controversy, so the DCO needs to be a champion for data privacy and actively engaged with the industry on this and other key topics.

As you can see, that’s plenty for the ambitious CDO to do, and in particular plenty that is not covered by other traditional C-level roles in an ad agency. I think we’ll be seeing plenty more CDOs appointed in the months and years to come.